An Iranian dish with fluffy, rich saffron rice and crispy potato tahdig - fragrant, exotic and oh so delicious! Persian Rice with Potato Tahdig is your comfort food and your go-to for a party!

Today we will talk about a function/custom that originally started during British Raj - The Paagal Gymkhana. There were certain functions in the Army that the ladies and children couldn't attend. There still are, but that's for another day. Anyway, the Paagal Gymkhaana was an equestrian meet for children where various events featuring horses took place. During this time the cavalry regiments all had horses which is a rarity these days. The present day Paagal Gymkhaana is a time for fun and frolic and is held as part of the celebrations of a regiment's Raising Day. The horses are replaced by jeeps though. Jumble the shoe race, Needle and thread race, Walk on the bricks are some common games played by the officers and memsahibs. The highlight of the evening is the tug of war between the officers and the junior commissioned officers or the JCOs. And the best part, the JCO's team always wins! Prize distribution follows and the band plays the regimental tunes.

Coming to the recipe...

Truly exotic but pretty simple to make, Persian Rice is going to be your go-to dish for all the parties.

So, what's a Tahdig?

Traditionally, Persian Rice is cooked slowly in a heavy pot over direct heat so that a delicious crust/ tahdig (pronounced as Tah-Deeg) is formed at the bottom. The crust is lifted out and served on top of the soft cooked rice. A staple in every Iranian household, Persian Rice is always the next rice dish you can experiment with. There are many variations of Tahdig - The Rice Tahdig with a crusty layer of 'fried' rice; the Potato Tahdig which we are preparing today; the Bread Tahdig which has a flatbread usually pita; and even Lettuce Tahdig.

I have used Basmati Rice here which you know is fragrant and delicious on its own.

How to Prepare Persian Rice with Potato Tahdig

Like it? You would definitely want to make it! Pin it for later.

I’m participating in the #AtoZChallenge and I’m posting 26 Party Foods that I make in my Army Wife Kitchen. Follow my posts this April and before you know it, you'll be cooking up a storm. Stay tuned!

That's all for now, folks!

All A to Z posts here

Don't miss out on any new recipes or updates. Subscribe to my blog (find the subscription box on top and the right side of this page).

Share and connect with me on social media. If you cook a dish using a recipe from this blog, feel free to click a picture and send it across. I would love to showcase it in the new section- The Reader's Space! 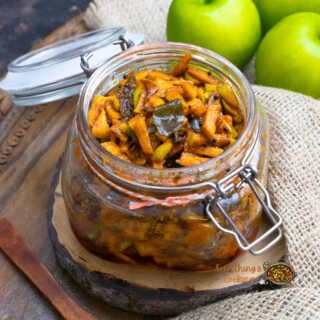 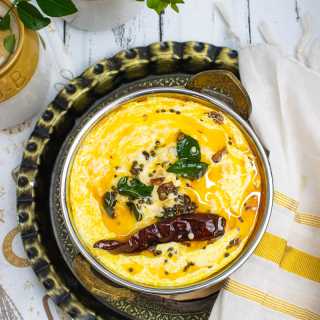